Maria Prieto is a recent graduate of UC Davis (class of 2012) with a Bachelor of Science degree in Mechanical and Aerospace Engineering. Her career plans are to develop the next generation of military aircraft and space systems, with an emphasis on vehicle aerodynamics and propulsion. Outside of engineering, Maria enjoys traveling, dirt biking, snowboarding, and flying. 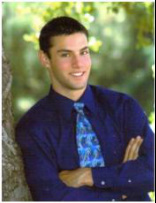 Andrew is a 4th year civil engineering major at UC Davis that loves to build anything and everything. He has experience in multiple fields including aeronautical, electrical, and automotive engineering with his favorite being pyrotechnics. When not in the classroom, he typically can be found outdoors setting up pyrotechnic effects for airshows, working on vintage cars, or relaxing on a golf course. After graduating, he would like to pursue a master’s degree in aeronautical engineering.

Kamalpreet Bains is a senior mechanical and aerospace engineering undergraduate. He is the co-captain of the avionics and payload team for the UC Davis SpaceEd Rockets. With an early childhood interest in the wonders of cosmology and modern physics, and well as strong curiosity with regards to aircraft and human spaceflight, a pursuit in the aerospace engineering field was one of his easiest choices with respect to his life-long goals. An early appreciation and fascination in electronics and computers, as well as a more recent exposure to instrumentation and controls has led him to join the avionics team. Other than his academic endeavors, Kamalpreet also enjoys road biking, table tennis, chess, philosophy, and classic fiction. 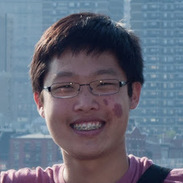 Hi, my name is Caleb Chang.  I am a 5th year studying Mechanical and Aerospace engineering at UC Davis.  I am the aerodynamics engineer with the UC Davis Rocket Team.  I want to be an engineer because I have always loved airplanes and rockets since I was a kid.  Being on the Rocket Team has given me a chance to use what I have learned in class on real world projects.  Hands on projects have given me experience working in a team to solve a problem.  I think student projects like SpaceEd Rockets are important because you get to see your theories and mathematical calculations affect the physical model that you’re building.  It helps me connect what I learn in class to real work applications.  Aside from engineering I enjoy biking, skiing and hanging out with friends. 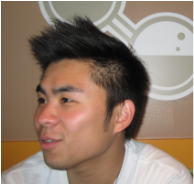 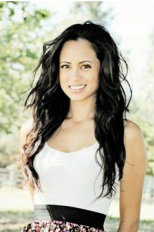 Rebecca is a fifth year student at UC Davis majoring in Aerospace Science and Engineering and Mechanical Engineering. She was born in Italy and lived on Italian Air Force bases where her interest in aeronautics sparked. When she moved to the United States, Rebecca continued to excel in her math and science courses, further encouraging her to pursue an engineering career.

In her years at UC Davis, Rebecca has been an active member of the Aerobrick aero design team, where she helped design and construct remote-control airplanes, and she was the team’s captain for the 2011-2012 scholastic year. In 2012, Rebecca joined SpaceEd Rockets, where she hopes to expand her knowledge on rocketry. When she graduates college, Rebecca plans on seeking a job in the aerospace industry. 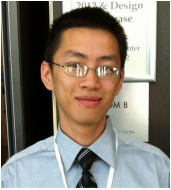 JQ is a recent grad in Mechanical and Aerospace Engineering at the University of California, Davis. He plans to work in the space industry for a few years dealing with in-space propulsion systems and space travel technologies. He acted as project manager for a space mission design project to Saturn’s moon, Enceladus. He hopes to carry over his experience in project management to advance SpaceEd Rockets in high power rocketry. Liu eventually wants to pursue a PhD in Aerospace Engineering focusing on space travel technologies. He is a member of the National Association of Rocketry, the engineering honor society Tau Beta Pi, Golden Key International Honour Society, and the honor society Phi Kappa Phi. 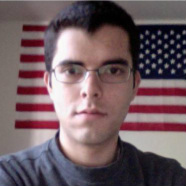 My name is Chris Silva.  I am a 4th year mechanical and aerospace engineering double major at UC Davis.  I was born and raised in California’s Central Valley.  My interests are in renewable energy, energy efficiency in buildings, and national defense.  I am new to rocketry and am excited to be part of the USLI and am looking forward to challenging myself by working with my peers to build a high power model rocket.  How awesome is that! 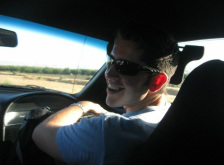 My name is Diego Garcia, I am a fifth year mechanical/Aerospace Engineering Major here at the awesome University of California, Davis.  I am glad to know that I will be graduating soon, and putting to work all the fun math equations and physics concepts to work.  School here at Davis and in the San Joaquin Valley where I am originally from has been more than fun.  I have learned many helpful and necessary tools to succeed as an Engineer.  I am looking forward to working either in the automotive industry or in the Aerospace Industry, as soon as I graduate.  I like them both, so any would suit me perfectly.